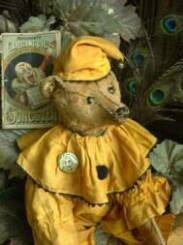 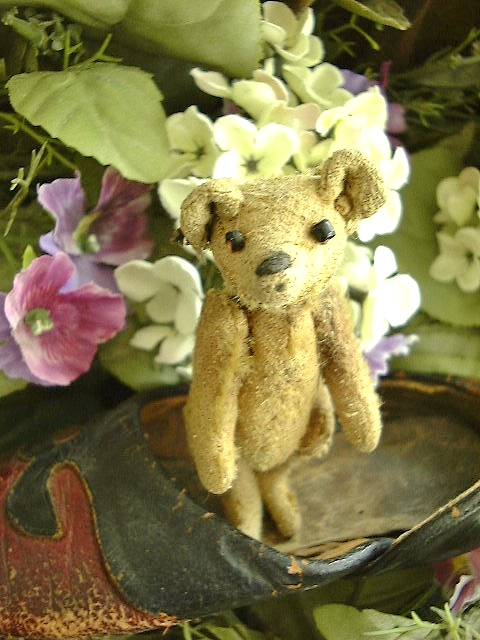 Early black glass bead eyes on a single reddish thread make this early ted around 1909. He’s almost no mohair left, he was originally a deep gold. He looks darker in person than my photos show taken on a sunny day. His joints move very well, he loves to pose. He’s pretty skinny with those great long feet, he measures about 3 5/8”

He has some dark areas on him probably from the metal of his joints and a naïve repair in black thread done many moons ago on the back of his ear.
A fun seeking teddy with much personality and wear expected from playing as a lifelong friend. Darling face almost smiling though his mouth thread’s been missing a long time.
price $335    more photos below 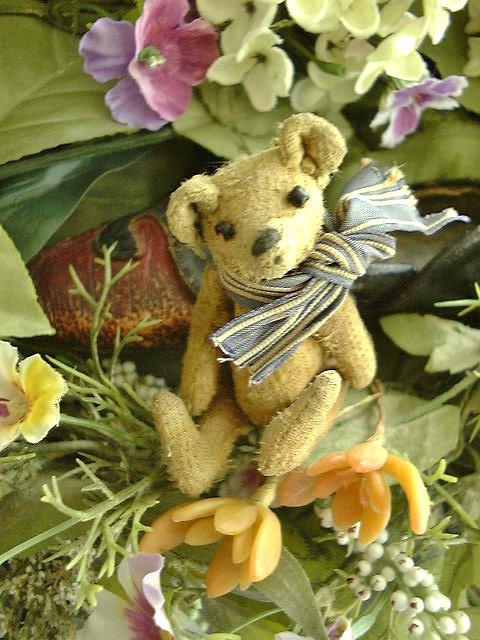